Have you ever been up in the mountains and felt that you were getting out of breath in no time?

Moving to or visiting Colorado can put your stamina to the test if you’re not ready for it, and there’s a clear reason.

Higher altitudes can make you feel both sick and out of breath. In this article, we’ll examine why it’s harder to breathe in Colorado. We’ll also go over some tips on how to deal with altitude sickness in Denver, Colorado Springs, & Pikes Peak.

Is it hard to breathe in Colorado?

As you get into higher altitudes, the oxygen level in the air falls drastically. The air pressure is not what you’re used to dealing with, which is basically what it comes down to.

The short answer is that it is harder to breathe in Colorado than in a lot of other places. Depending on where you go, you may be at risk of potentially life-threatening oxygen conditions. Make sure to read all the way through so you’ll stay safe!

If you feel winded or sick, there’s a chance it’s because you’re much higher up than usual.

The answer to the question is that a lot of people will find it hard to breathe in Colorado. Air pressure decreases near-linearly as you’re rising. On top of that, the altitude of Colorado ranges from 3,300 to 14,440 feet above sea level.

Therefore, the higher you are, the harder it is to breathe. It means there are certain places in the state where it’s much harder to breathe.

Your ability to breathe at different levels of elevation will also depend on your health condition.

A fit person will have much less trouble visiting Denver or Colorado compared to Mount Elbert or Mount Massive.

Denver’s altitude is around 5,280 feet above sea level, with Boulder’s roughly the same. Mount Elbert’s elevation stands at 14,440 feet after there was a re-evaluation of mapped elevations.

It also means that you will surely struggle at Mount Elbert if you’re already struggling in Denver.

In comparison, here is the altitude of other mountain cities in the US.

Molecules spread out further the higher up you get, meaning there is 67% less oxygen at Mount Everest than at sea level.

What elevation is Colorado Springs?

Colorado Springs’s elevation is roughly 6,000 feet above sea level. That means there’s 21% less oxygen than at sea level that’s being pushed into your lungs.

What is the altitude of Denver?

With Denver’s altitude around 5,300 feet above sea level, it’s marginally easier to breathe there than at Colorado Springs.

What is the altitude of Pikes Peak?

The altitude at Pikes Peak is 14,115 feet above sea level, which means it starts being a struggle for people. It’s especially the case for those that are out of shape. As a result of the altitude, there’s 41% less oxygen there.

Each breath you take in contains less oxygen. With the molecules being so far spread out compared to what you’re used to, your body operates on less-than-ideal conditions.

In comparison, many people need additional oxygen if they’re hoping to make it to the top of Everest. The density of the oxygen molecules gets so low past 30,000 feet that humans struggle to survive there.

What is Altitude Sickness?

Many people visiting Colorado fail to recognize that it can be hard to breathe in elevations that they’re not used to. Maybe you’re used to the luxurious air available by the sea level.

In addition, most people don’t go there, visiting only the capital. Colorado offers a constant supply of adventures, and some of them are at higher altitudes.

The state offers various opportunities, like hiking, rafting, and skiing. Ice climbing is even an opportunity during certain times of the year.

Readjusting to higher altitudes can be tough, though. Headaches and other mild signs of altitude sickness are common for those not used to the elevation.

Altitude sickness is a serious concern, especially the higher up you move.

Your lungs extract oxygen from the air as you’re breathing in. Your survival even depends on it. The oxygen enters the blood through the lungs, and it’s transported to the rest of the body.

A beating heart ensures oxygen is transported around the blood and delivered where it’s needed. Oxygen-rich blood goes to your brain and body, fueling both of them.

However, not all parts of the world have the same levels of oxygen. In fact, there were much higher oxygen levels during prehistoric times.

Traveling quickly from lower altitudes to higher ones can cause sickness. Going to the mountains is the fastest way to experience it. It’s common for people to start feeling the symptoms around 8,000 feet, but it can happen earlier than that.

Colorado Springs and Denver are not sufficiently high up to affect most people, but you could be the outlier. It doesn’t necessarily mean that you won’t feel out of breath when going to these cities that are still higher up than many cities in other states.

The severity of the situation is split into three categories or names:

Fluid gets into the brain, and it’s the most severe form of the disease. If it gets to that, you will need medical attention, as your life may be in danger.

It’s a potentially life-threatening situation where fluid makes its way into the lungs. This fluid buildup can cause death and frequently does so.

It’s a common condition but also the mildest form. Nausea, muscle aches, headache, and dizziness are common symptoms. It’s commonly described as feeling like a hangover. It’s uncomfortable, but it gets better.

This mountain sickness can bring forth a range of symptoms, but some are typically more prevalent than others. Altitude sickness covers the range of symptoms you might experience as you work toward higher elevation at a rapid pace.

The most common symptoms you’ll experience include the following:

They get especially obvious between 12 to 24 hours of reaching the altitude you’re at. After a day or two, you should start feeling better again. Your body will have gotten more used to where it is at.

Moderate and more severe cases will not go away after 24 hours. The symptoms are more intense, and OTC medication does not fix the issues. Fatigue, shortness of breath, and other symptoms get worse.

Tightening in your chest and loss of coordination are common symptoms to experience. Confusion and an inability to walk are indications that you have HAPE or HACE. You’re even at the risk of going into a coma.

Where Are You at Risk of Altitude Sickness?

You’re mainly at risk once you go up higher than 8,000 feet.

Who Gets Altitude Sickness?

Anyone can develop altitude sickness.

The pace at which you get to the higher elevation and how high up you go influences your symptoms’ seriousness. You won’t be as easily affected if you live at a higher altitude.

Younger people are more prone to getting it, as does being physically fit. Certain diseases increase your risk, like pregnancy or heart failure. Anyone with a recent heart attack or stroke is also at risk.

How to Prevent Altitude Sickness in Colorado

There are a couple of tips you should keep in mind to avoid getting sick. They include 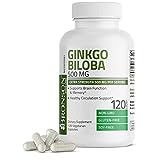 Is living at a high altitude healthy?

Many scientists believe it’s healthy to live in higher-altitude environments. It’s believed to be associated with fewer:

However, it’s hard to say whether it is caused by altitude. Some researchers seem to believe the lowered appetite could cause less wear on the body.

Now that you’re prepared, have you found out which of these cities you’re going to after Colorado?