Discovery Channel broadcasts on Monday a documentary on the Canadian environmentalist in a programming for World Oceans Day.

He believes that planet Earth should actually be called the Ocean planet because the extent and importance of its seas are vital to balance and life. That’s why Paul Watson, co-founder of Greenpeace and founder of the Sea Shepherd movement, has dedicated his existence to defending the ocean. The fight of this Canadian environmentalist is the protagonist of the documentary Ecological Pirates: The Story of Captain Watson, which tonight, at 11 pm, is broadcast by the Discovery Channel as part of a special program that commemorates World Oceans Day.

Watson recalls that his fight to defend the sea started at exactly 10 years old. “I lived in a fishing village in eastern Canada and spent a summer swimming with a family of beavers. The next summer, when I went looking for them, there were none left. I found out that the hunters had caught them with traps. So that winter, when I was 11 years old, I set out to find those traps and free the beavers. So I’ve been doing the same thing for fifty years,” he says. Decades ago he discovered that the success of his fight was not only in fighting the battle, but also in making it known.

The most powerful weapon on the planet is the camera. That is why we document everything we do, because if something is not recorded it does not exist, “he stresses. On the Day of the Oceans, Watson emphasizes the individual responsibility of each person and “the consequences that their dietary decisions have for the environment and for the planet.” “It is important to stop eating fish. I know it may sound complicated, but there is no fish in the world for 8,000 million people. With this I do not mean that in small fishing villages you cannot eat, what you have to do is put an end to large industrial activities and kilometer trawls. It’s important for people to wonder where the fish they eat comes from, ”he explains. Keep in mind that 35% of the fish caught is used to feed chickens and pigs in the livestock industry … It is also used to make cat food. Right now there are cats that eat more fish than many seals. It is not natural.

The founder of Sea Shepherd took advantage of the presentation of his document to launch a message “to the Vidal Armadores family in Galicia”, the clan that is the protagonist of the first part of the Sparrow operation: “We will close your illegal fishing operations,” he said.He is a strong advocate that the seas need a fifty-year fishing moratorium that gives them time to recover. “It is something we must do right now, because if the fish become extinct there will be no fishing industry. If the ocean dies we also die, so deep down it is a matter of survival, “he claims. 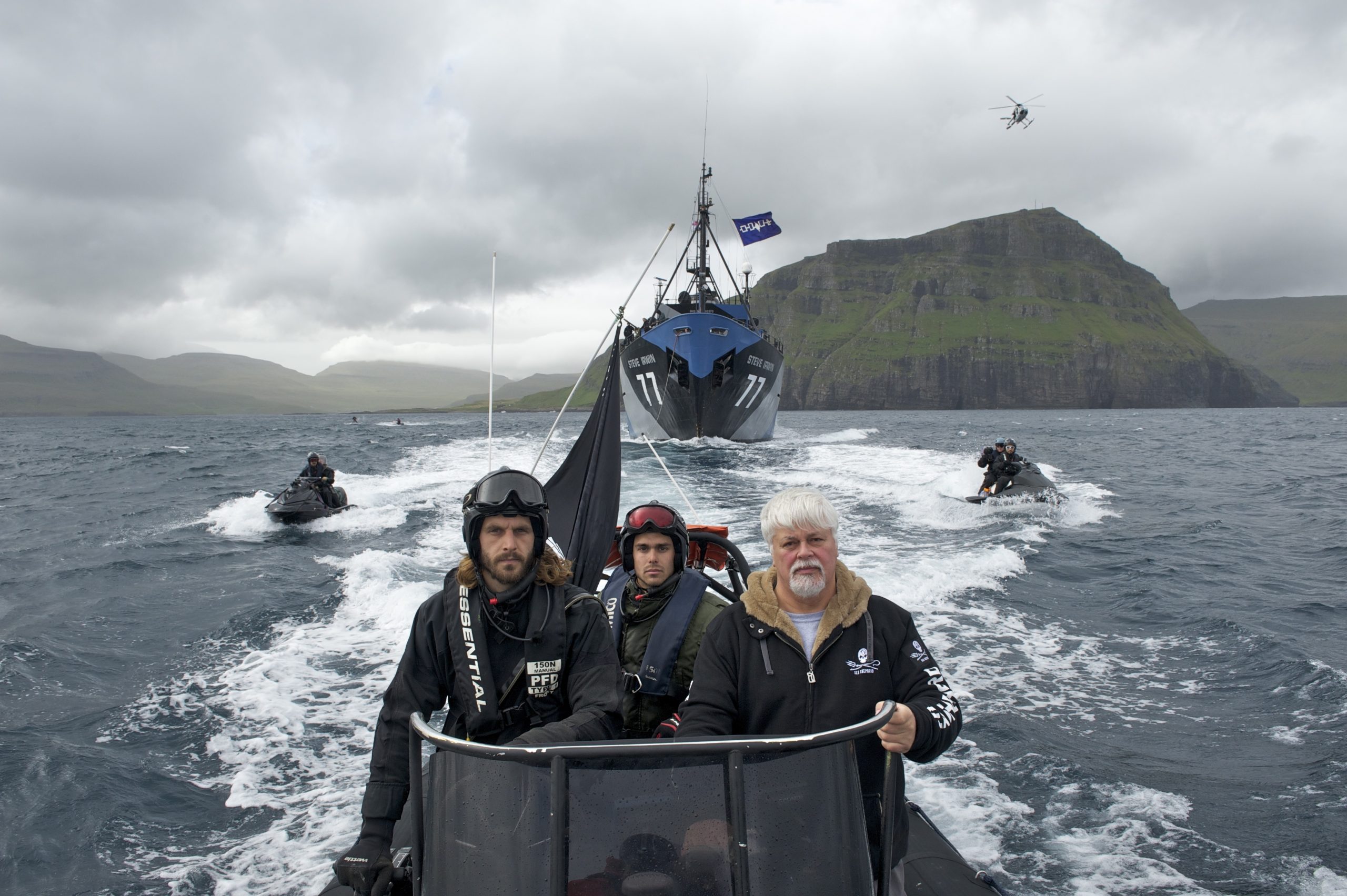 The documentary records how Captain Watson and his crew have faced seal hunters in Canadian waters and shark hunters in Central America over the years. But of all the species that have benefited the most from his work, he highlights two. “Perhaps the phytoplankton is one of the most important, due to the fact that it provides 70% of the oxygen we breathe, so if we lose the phytoplankton the system would collapse and lead us directly to extinction.” The other is the whales. “We have succeeded in making Japan no longer present in the Antarctic Ocean. Right now there are only hunting of whales in the territorial waters of the countries that continue with this type of activity, which would be Japan,Iceland, Norway and Denmark. We have eradicated 95% of illegal whaling and one of my ambitions is to achieve 100% eradication. I hope to achieve this goal.