He tolerated the passage of fascism, but not the scourge of nature. Gondolas are swept away and museums invaded by water, while a man perished electrocuted.

Italy. Venice suffered the fury of nature on the night of last Tuesday with the highest tide recorded in that Italian city since 1966, with floods that reached 1.87 Mt high in some areas.

Visits to historical monuments such as the Basilica of San Marcos, in addition to palaces, museums, hotels and shops, have been affected because the aniego exceeds the knees of own and strangers, leaving commerce and mobility in the region mired in the chaos.

But the problems with the high water do not remain there, because the schools have been closed due to the phenomenon that does not give up dragging gondolas and boats moored. So far the sinking of three vaporetti has been reported, the main vessels used as public transport.

According to the Efe agency, a 78-year-old citizen died electrocuted due to the flooding of water in his home, located on the island of Pellestrina, south of Venice.

The mayor of the city, Luigi Brugnaro, called through his personal Twitter account the help of the government because “the situation is dramatic and the costs (repair) will be high.” In addition, he attributed the emergency to the effects of climate change.

The governor of the region, the liguist Luca Zaia, went further and spoke of “an apocalyptic devastation” that requires the urgent declaration of the state of emergency.

It is expected that the bad weather can abate in the next few hours in what is configured as one of the worst natural disasters that shake the iconic city since 1966, when the current record was set with waters that reached 1.96 Mt high. 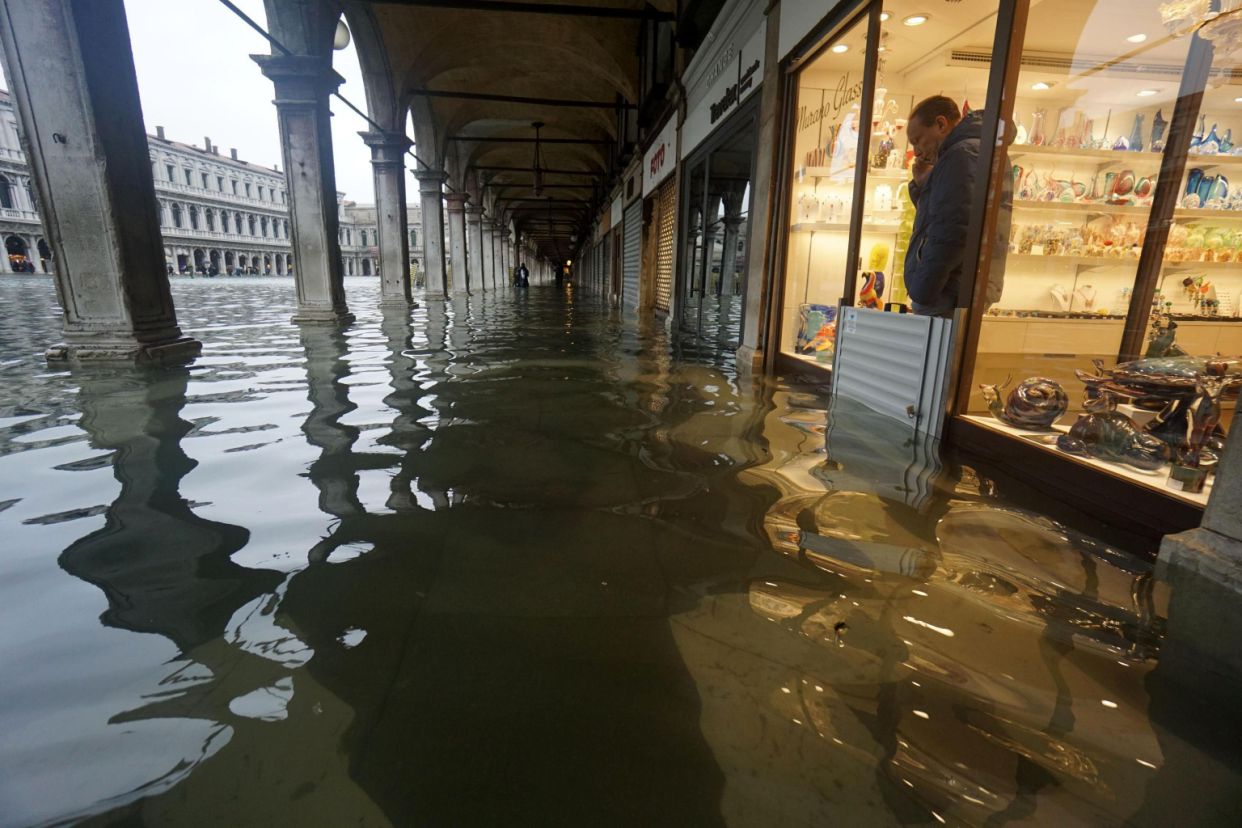