The life of the diver is intense and hard. Sail for periods of up to a month without seeing natural light, isolated from the world and almost always in a dangerous environment, under the surface, while preparing and performing intelligence missions, special operations or attack.

The alert sounds twice. Attentive hands power males, wheels and rudders. The officer lowers the sail after securing the hatch closure and the submarine begins the dive. “Everything closed, everything down. Open vents Heading: three, one, four ”, informs the NCO who coordinates the maneuver. The submarine is initially located 23 meters below the surface, but the descent is imperceptible, except for the depth indicator. Then it will reach level 100, although the ship is built to safely hold up to 400 meters deep.

The life of the diver is intense and hard. Sail for periods of up to a month without seeing natural light, isolated from the world and almost always in a dangerous environment, under the surface, while preparing and performing intelligence missions, special operations or attack.

“This is a way of life. Not everyone can stand it,” summarizes Ignacio López, second commander of the “Mistral”, one of the three active submersibles of the Spanish Navy, and in which Efe sailed for a few days on the occasion of the recent naval maneuvers of NATO “Dynamic Mariner 19”, in the waters of the Gulf of Cádiz (southern Spain).

Life in “the tube” never stops and constitutes a small universe alien to the rest of the world. The crew, all volunteers, lives focused on their tasks and spend the best time they can.

Isolated from the world

The hardest part, everyone agrees, is the isolation of the outside world and, above all, of families. Unlike on surface ships, there is no internet, no news, no telephone. They can lose track of time.

They sail around 120 days a year, mostly submerged, with missions of up to almost a month without hardly seeing the sun. The only contact with the outside world -when the operations allow- is a joint daily communication of emails to which the individual messages (which are then divided) are attached (which are then distributed). There is no intimacy.

Uncertainty or news about diseases, family problems, even deaths, are what can most affect a crew member. “The psychological factor is very important,” emphasizes the nurse captain Ismael Berrocal. Therefore, to be a scuba diver you must pass a severe prior psychological exam.

As an example of the disconnection, a veteran recalls that in May 2018 they left sailing with a conservative government in Spain and by the time they returned in June there was a Socialist Executive.

There are guard shifts in the central chamber, the communications room and machine control 24 hours a day. At times on the surface, also outside, on the sail, although the ship sails submerged whenever possible to ensure its main quality: remain hidden. 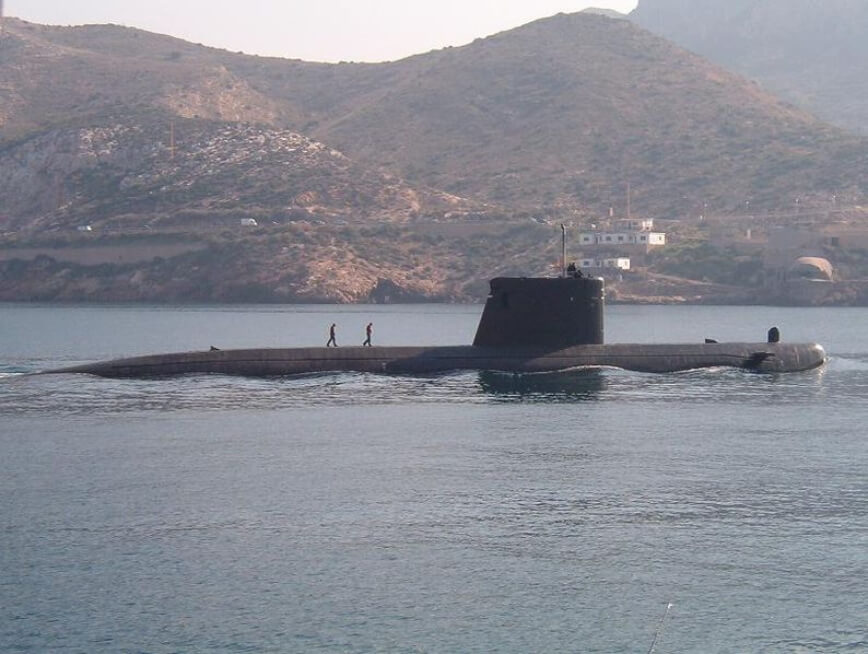 The submarine Mistral, one of the three active submersibles of the Spanish Navy. Creative Commons / Wikipedia

Normal life in the submarine begins at 7.00, with the first breakfast shift. By then, Corporal Pablo Grandal, head chef, and his three assistants have been awake for a while preparing the first snack.

Grandal’s home cooking is much appreciated and key to maintaining good spirits. This Galician sailor says that he simply puts affection, natural ingredients and many fresh fruits and vegetables to compensate for the lack of natural light.

Today is the birthday of Francisco Barrios, chief electricity officer, and breakfast is accompanied by a cake baked by his wife and shipped before sailing. This week there is at least another officer’s birthday and that of a non-commissioned young son’s birthday. Everyone will live it underwater.

The atmosphere is very familiar. The divers are not only very close companions, but also know their respective families, many times their problems and experiences. Military discipline is more relaxed to compensate for narrow space and continuous physical friction in a low-light environment.