An oil tanker with 181 men on board caught fire when it was stuck in the Campeche Sound. The incident started in the engine room of the Ocean Constructor ship that was working in the platform area of ​​the Ku Maloop Zaap oil complex .

Ships from other companies, the Secretary of the Navy (Semar) and even a Black Hawks helicopter helped to evacuate the ship’s personnel within four hours.

Currently the ship has the contract 640858814 Exploration and Production of Petróleos Mexicanos (Pemex) for engineering, procurement and installation of two marine pipelines that began on January 16 and ends on April 16 this year, freight to the company Demar Instaladora and Construction

Yesterday at 8:12 in the morning, Marine Control personnel from the industrial port of Isla del Carmen received calls for help from the ship’s crew issuing the alert, to which the supply ships Cosmos, Bucaner and Don Miguel responded to receive close of 156 maneuvers, tuberos, machinery operators, among other workers.

The maritime authorities reported that none of the people on board the Ocean Constructor had any injuries, injuries or damages with a white balance because they did not report any deaths, so the Emergency Response Plan was successful. 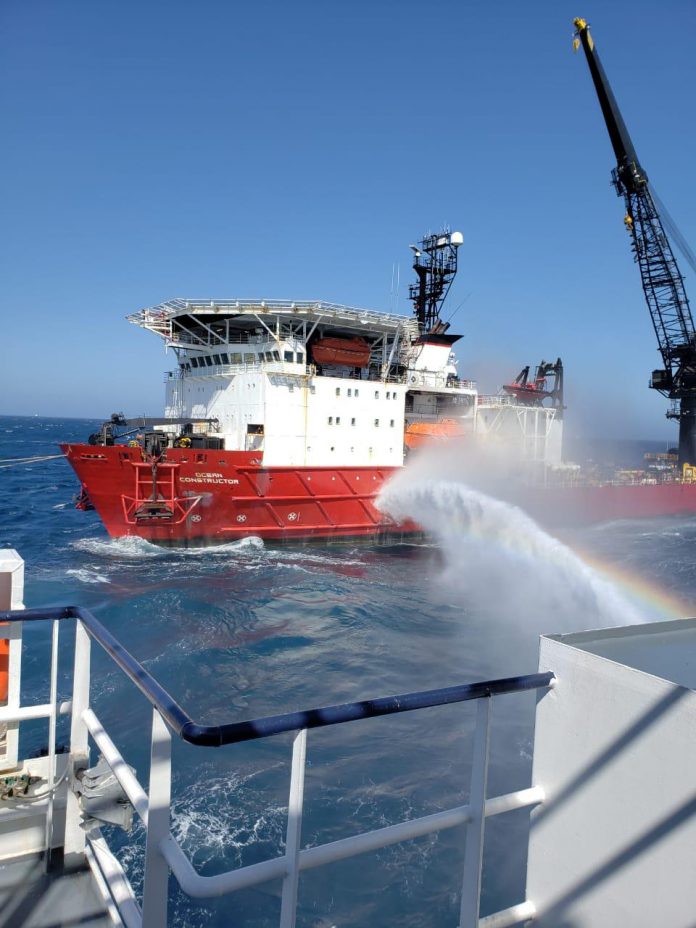 The fire was smothered at noon yesterday in the sea of ​​the Sonda de Campeche.

On the other hand, the 25 crew of the Ocean Constructor at the service of the company Demar Instaladora y Constructora carried out works to contain the fire in the engine room. The origin of the accident is unknown and according to officials of the Harbor Master’s Office in Ciudad del Carmen, they are waiting for the official report of the captain of the ship and the crew.