The Viktor Leonov spy ship since 2015 has been constantly monitoring international waters off the east coast of the United States.

The Russian spy ship that was sailing the coasts of South Carolina and Florida has returned to international waters on Tuesday, although US officials described their maneuvers as “erratic” and “unsafe.”

Viktor Leonov, a warship loaded with intelligence and reconnaissance instruments built by the Soviet Navy in the 80s, was seen making movements without using lights in low visibility waters, which is considered dangerous according to an officer who  handed the information to CNN.

In addition, the crew did not respond to calls from other vessels to establish their position and thus avoid possible accidents.

According to the officer, the spy ship also performed “erratic maneuvers”, so the US Coast Guard issued a bulletin alerting other sailors about the presence of Russians and their behavior in the water.

Another officer, CNN reports, said the USS Mahan US Navy destroyer was operating near the Russian ship.

Viktor Leonov is a vessel that since 2015 has been constantly monitoring international waters throughout the east coast of the United States, the Caribbean, Cuba and Trinidad and Tobago.

The presence of this ship on the East Coast occurs at the same time that an American ship sailed on Monday in Constanta, Romania, an ally of the United States in NATO. The Navy called it a “scheduled visit” as part of the United States’ efforts to strengthen its presence in the Black Sea.

Russia has increased its presence in that area since it seized Crimea in 2014, and constantly shows its military power to American ships operating in the Black Sea.

Russian media irony with tension between the two countries

These types of situations give an account of the constant tension between Washington and Moscow, which has been highlighted after the visit of the Russian Foreign Minister Sergey Lavrov a week ago to the White House, where he met with President Donald Trump

Although it was behind closed doors, a written statement from the White House after that meeting said Trump issued warnings against  “any Russian attempt to interfere in the US elections, and urged Russia to resolve the conflict with Ukraine.”

In Russia, the media has ironic with the meeting, which they say revealed that country’s power over Trump. “The puppeteer and his agent,” titled the TV channel Rossiya 1, referring to Lavrov and the president,  as reported by Daily Best .

Another news show realized the “power behind the throne,” referring to a photograph in which Lavrov appears standing next to Trump, who is sitting at his desk in the Oval Hall.

The general director of the Russian news agency ITAR-TASS has predicted that “sooner or later the Democrats will return to power” and that “Trump will face a not very happy period” once he leaves the White House. ” Commentators even joke about the possibility of giving asylum to the president when he leaves power. 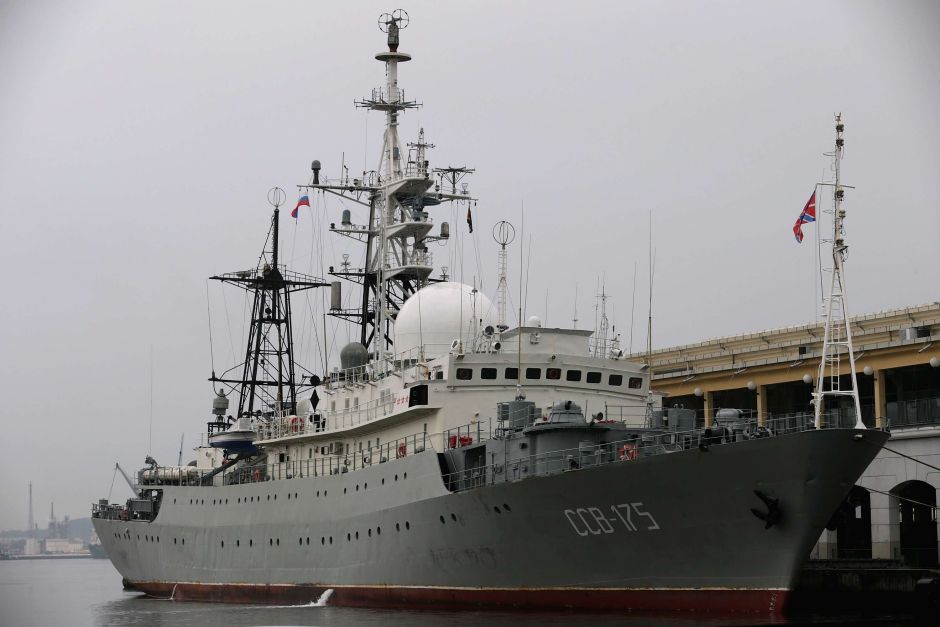