This is the Kaga and the Akagi, two famous ships that the Japanese empire lost in the decisive fights fought against the United States during World War II.

A crew of historians and deep-sea explorers dedicated to the search for World War II ships found on Sunday a second Japanese aircraft carrier sunk during the historic Battle of Midway, which occurred in June 1942, according to the AP agency , after another ship of these characteristics was found in the bed last week.

A review of sonar data shows what could be the Japanese aircraft carrier Akagi, about 5,490 meters deep in the Pacific Ocean and more than 2,090 kilometers northwest of Pearl Harbor, Hawaii, said the director of underwater operations of Vulcan Inc. Rob Kraft.

For the location of the ship, the researchers used an autonomous underwater vehicle (AUV) equipped with sonar. The device spent all night underwater collecting data, and the image of a warship appeared in the first set of readings on Sunday morning.

To confirm the identity of the ship, the team will deploy the AUV for a new eight-hour mission, during which it will capture high-resolution sonar images of the place that will allow researchers to measure the ship and confirm what it is. The initial readings were with sonar captures of lower resolution.

The finding occurred a week after the discovery of another Japanese aircraft carrier, the Kaga.

“We read about the battles, we know what happened. But when you see these wrecks on the seabed and all that, you give yourself a little idea of ​​the true price of war, ” said Frank Thomspon, historian of the Naval History and Heritage Command in Washington DC, who is aboard the Petrel. “You see the damage that these things suffered, and it is a lesson of humility to watch the videos of these ships, because they are tombs of war,” he added, according to the AP .

The sonar images of the Kaga reveal that the bow of the aircraft carrier hit the seabed at high speed, spreading debris and creating a crater similar to that of an explosion. The front of the ship is buried in mud and sediments after sinking to a depth of about 4.8 kilometers.

The American bombs and torpedoes that hit the Kaga caused a huge fire that left it charred, but the ship is practically complete . Their canyons, some of them intact, still peek over the sides.

The Kaga’s hull was launched in 1921, initially designed as a battleship but later converted into an aircraft carrier, entering service in the Imperial Navy of Japan in 1929. It had a displacement of about 39,000 tons and a length of 247 meters, with a speed maximum of 28 knots and autonomy of 19,000 kilometers. His crew, including sailors, mechanics and pilots, was 1,700 troops and carried about 90 planes.

The Akagi hull was also launched as a ship of different types, in this case a battle cruiser, and was then converted to an aircraft carrier, entering service in 1927. Its length was 260 meters with a displacement of 38,000 tons and speed and scope similar to Kaga. Although its crew (1,600) and its air fleet (66 aircraft) were somewhat lower. It was the flagship of the Japanese fleet during the battle.

Until now, only one of the seven ships sunk during the battle at sea and in the air of June 1942 – five Japanese and two Americans – had been located.

Both the Kaga and the Akagi received during the battle numerous impacts of bombs and torpedoes launched by US aircraft operating from the Enterprise, Hornet and Yorktown aircraft carriers, and were completely out of combat for the damage caused. But the ships continued afloat, so it was the Japanese themselves who finally evacuated the crews of their aircraft carriers and sank them to prevent the hulls from falling into enemy hands, on June 4 and 5, 1942, respectively. A great naval battle and breaking point in the war

Around the Midway Atoll the United States and the Empire of Japan clashed in a gigantic naval battle six months after the Japanese bombing of Pearl Harbor, Hawaii, which had meant the entry of Americans into World War II.

Japan’s plan consisted of the invasion and occupation of Midway, a United States territory in the Pacific, through an attack with a fleet composed of four aircraft carriers and numerous warships. In this way they hoped to force the American ships that survived Pearl Harbor to engage in decisive combat at sea, destroying them definitively.

But the intelligence services of the United States had recently deciphered the Japanese secret communication codes, and were able to know the exact place, date and time of all Japanese movements. At the same time, Tokyo had underestimated the presence of US forces, especially the number of enemy aircraft carriers, in the area. The air fighting began on June 4, 1942 and ended three days later. Japan lost four aircraft carriers (Akagi, Kaga, Soryu or Hiryu) and a cruise ship, 261 planes and about 3,000 dead soldiers. While an aircraft carrier (Yorktown) and a destroyer of the United States navy were sunk, in addition to the loss of about 100 planes and 300 dead soldiers. Midway Atoll was not invaded.

The battle put an end to the advance of the Japanese navy in the Pacific during World War II and eliminated the offensive capacity of its large surface fleet, with material losses from which it would never fully recover in the course of the war. The initiative has since happened to be on the United States side until the end of the conflict.

The sinking of the four aircraft carriers, pride of the Japanese navy, was a blow to the prestige of Japan as a power and a stop to its imperial aspirations and competition with the United States.

Such is the case that the current Maritime Defense Force of Japan, heiress of the imperial navy but that unlike that one is obliged by the Constitution to maintain an exclusively defensive stance, brought the Kaga helicopter carrier into service in 2017 , in homage to the Aircraft carrier that still lies at the bottom of the Pacific. 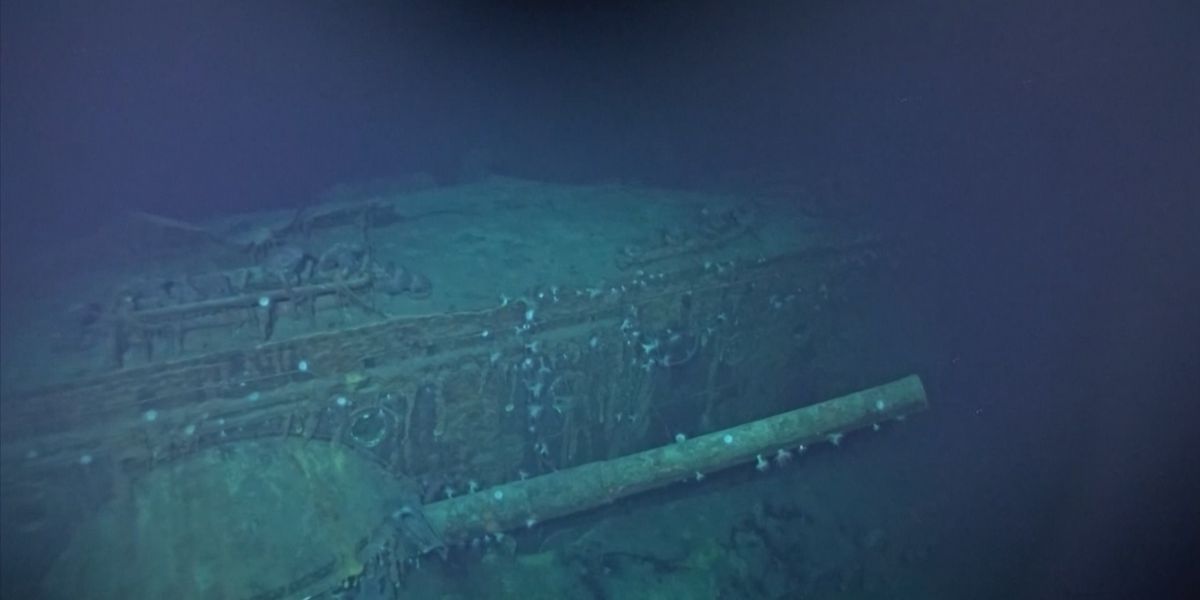