This post has been brought you by Tampa Business Directory for local businesses.

Negative, Illegal fishing continues to affect the industry in this sector for a range of US $ 20 million per year. The Naval Force reported that during the year it detained more than 70 foreigners for fishing without permits in Nicaraguan waters.

Despite efforts to prevent illegal fishing in the waters of Nicaragua, formal exporters resent the entry of foreigners without a license in the fishing banks of both seas.

“In the Pacific, what happens in Potosí is a plague, because of the waters of the Gulf (of Fonseca) a lot of illegal product comes out, they transport it in panga and they take it to El Salvador and Honduras, there goes out any amount of daily product , we lose thousands of thousands as a country and as a company we do not receive those products, which would be channeled to pay taxes and generate employment, “said Xavier Sánchez, president of the Chamber of Fisheries of Nicaragua (Capenic).

Precisely, this December 22, the Naval Force of the Army of Nicaragua retained a Honduran vessel in the waters of the Gulf of Fonseca.

The Army reported in a press release that the Honduran ship with four crew members “was illegally fishing approximately one nautical mile north of Punta San José and five nautical miles southwest of buoy number 4.” This vessel was transferred to the naval base of the Gulf of Fonseca and its crew was handed over to the Migration and Immigration authorities of the town of Potosí, municipality of El Viejo, department of Chinandega, explains the military report. 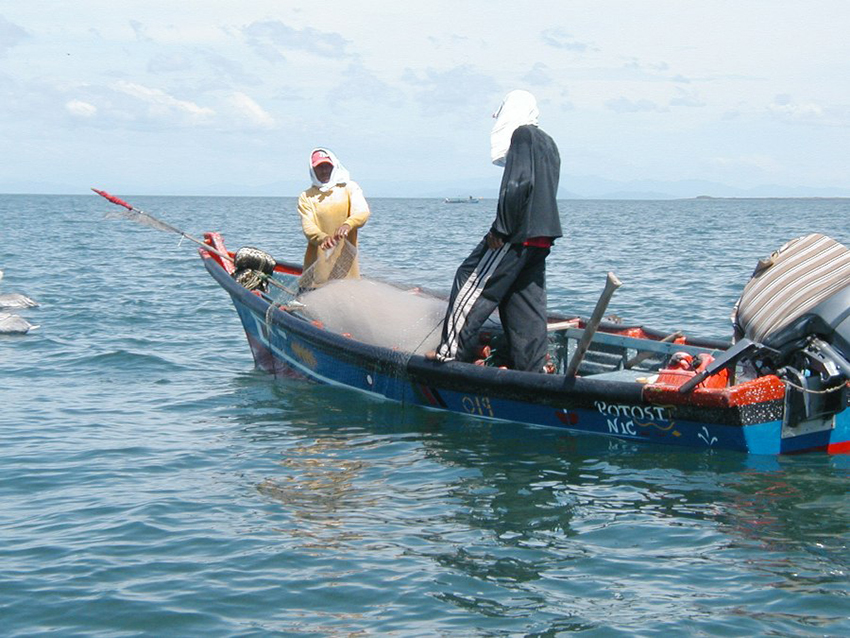 In addition, “we have pirated pangas from El Salvador and Honduras in the gulf (…). They get into Nicaraguan waters although through an agreement with Inpesca (Nicaraguan Institute of Fisheries and Aquaculture), the (Force) Naval and the Chamber (Capenic) is patrolled, but it is insufficient, because the hacking continues on the farms and the contraband, “Sanchez added.

For his part, Armando Segura, executive director of Capenic, stressed that Nicaragua has laws and monitoring and surveillance programs to combat illegal fishing and has managed to reduce the volumes and impacts of this activity on marine resources.

Segura estimates that “still close to 30% of the lobster production is illegal, or lobster out of size, that goes out without authorization to the Central American countries by sea or blind spots of the land border. This is approximately one and a half million pounds, which equals about US $ 20 million annually, “he added.

Segura said that especially in the area of ​​the Gulf of Fonseca illegally remove “shrimp culture that they steal in shrimp farms, fish, shells and juvenile lobsters. The competent fishing authorities, together with the Naval Force and other institutions, carry out surveillance work, but there is still a need for a more coordinated strategy in this regard. “

The Naval Force indicates that until December 22, 2018, 29 foreign vessels were caught capturing illegal fishing while retaining 77 fishermen. Within these operations is mentioned the capture, on December 10, of a ship with a Honduran flag that illegally fished 110 nautical miles east of the Miskito Cays with 14 crew members, among which were Hondurans.

“Illegal fishing has more expression in the Caribbean, particularly with the capture and commercialization of lobster out of size, small lobster, which has not reached maturity,” Segura said.

The executive director of Capeni acknowledged that “Inpesca and regional authorities develop educational campaigns in (native) languages ​​of the Caribbean to promote the conservation of this resource. Currently, a program of greater monitoring is carried out with the participation of companies and fishermen from the autonomous regions, which will surely have a significant impact on a greater reduction in illegal activities. “

La Naval also reported that in 2018 it stopped two national ships that used explosives for fishing, which is illegal.

“The fishing with the use of explosive requires special attention, this occurs in some Pacific beaches and causes great damage and impact on the habitat and on the resources themselves. It is necessary to execute special monitoring and monitoring plans on this subject, “Segura said.

Xavier Sánchez, president of Capenic, added that in the Caribbean there are also problems with illegal sea cucumber fishing.

“There have been a lot of problems with the cucumber, there is illegal fishing and lack of control, about 3,000 pangas (laborer) and there is no control of the departures, of the departures, for so many that leave different areas, which are well isolated, they take off cucumber out of size, “said Sanchez.

Sanchez said that “there are efforts with Inpesca, La Naval and the IPSA (Institute of Protection and Agricultural Health) but they really are not enough because of the number of people who are informal, the informality is great, people who do not have permission from the City Halls nor of Inpesca, but they go fishing and sell the product in the informal market “.