The ‘USS Kidd’ returns to port after a new outbreak of covid-19 like the one suffered by ‘Theodore Roosevelt’.

The coronavirus has been strained into a second United States Navy ship. The USS Kidd reported last Friday that it had evacuated a sailor who had tested positive for covid-19. This Monday the number of infected is 47. The case comes a month after the drama inside the nuclear aircraft carrier Theodore Roosevelt , whose management cost the post to both the captain and the secretary of the Navy.

45% of the Kidd’s crew have received the coronavirus test, the Navy said in a statement . The Department sent a medical team to test the entire ship in less than 24 hours after the first case became known. Of the positive cases, two have been sent ashore. One of them is the first confirmed sick man, a sailor who was flown to San Antonio, Texas, last week. Another 15 have been transferred to the USS Makin Island for further treatment. None of them had needed intensive care at the moment. All staff within the KiddIt has personal protection material such as masks and gloves, ensures the Department. The ship is on its way to San Diego, California to be disinfected.

The coronavirus outbreak on this ship is the first on the high seas after it occurs after the United States Navy established a protocol for dealing with these situations following the human and political drama that was the outbreak on the carrier Theodore Roosevelt . After discovering more than 100 positive cases in this aircraft carrier, the captain wrote a letter to the controls in which he warned that sailors could die unnecessarily. Practicing social distancing recommendations inside a warship is simply impossible, said Captain Brett Crozier in very harsh terms. He requested that the sailors land as soon as possible on the island of Guam for their confinement.

Crozier was relieved of command by Secretary of the Navy Thomas Modley, who believed that the captain had not followed the chain of command to make his complaints public. Modley, in addition, decided to give a speech on the deck of the aircraft carrier in which he said that Crozier had been “naive” and “stupid.” The support of much of the troop to the captain provoked a reaction within the Navy that ended with Modley’s resignation soon after.

As of Monday, 955 cases of coronavirus have already been confirmed among the more than 4,000 crew of Theodore Roosevelt . The diagnostic test has already been carried out on 100% of the crew. One of them is dead. 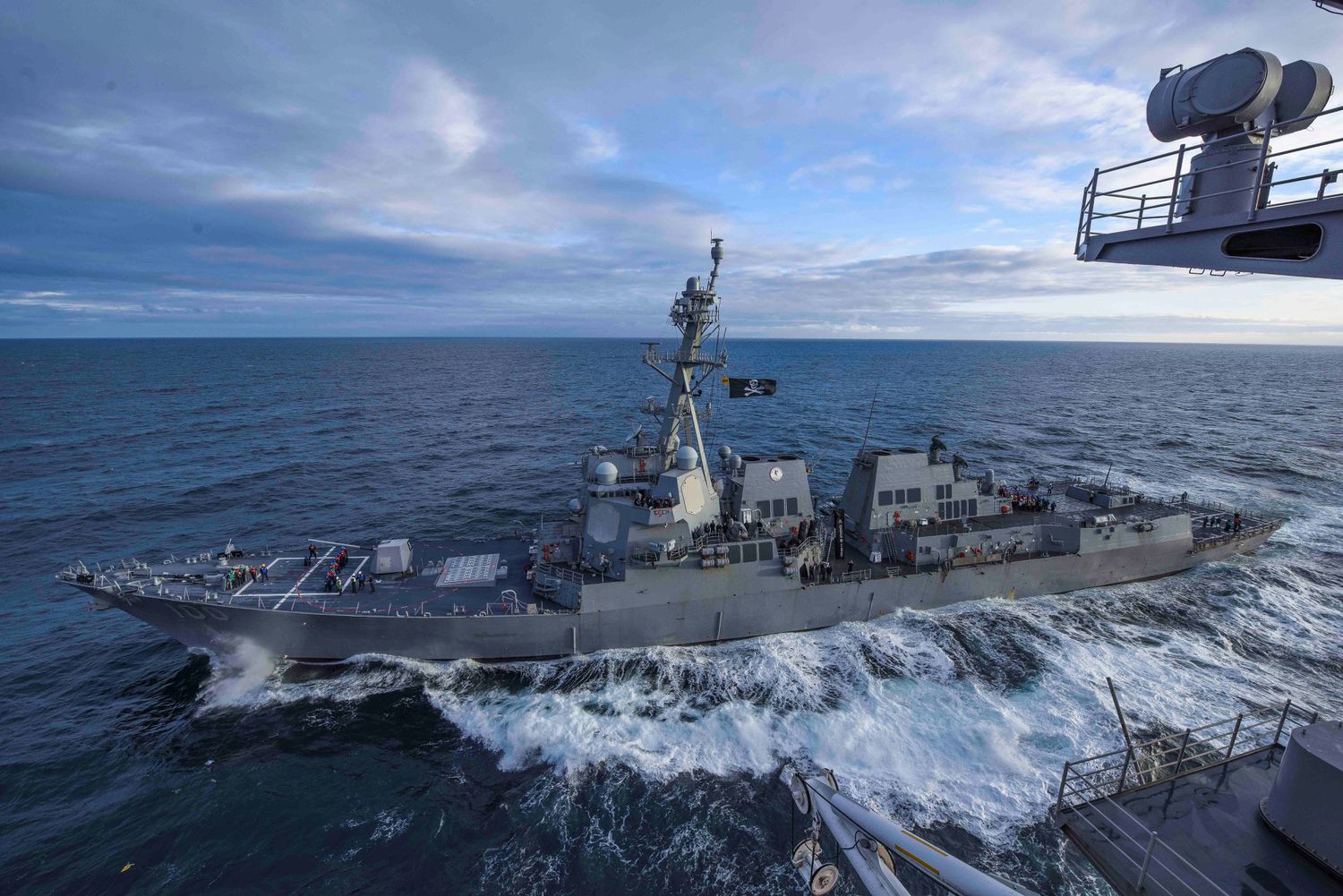 The ‘USS Kidd’, during a maneuver in Alaska in 2019. REUTERS