Many were surprised. Cameras Google Maps captured an alleged woman’headless’ in Mexico; however, there is a logical explanation for this finding.

Everyone was shocked. Thanks to the cameras of Google Maps  has been able to find an alleged woman ‘headless’ on a beach in Mexico; However, there is a logical explanation for this finding and we will give you an explanation.

According to the author who found the image, he was travelling through Google Maps through an exclusive tourist complex located in Mexico called ‘Playacar’, which is located in the State of Quintana Roo.

Everything was fine, however, it suddenly changed when the cameras of the application captured what, at first glance, looks like a woman who is vacationing on the beach and has no head.

Although the image caused quite a stir in social networks, the fact is that Google Maps did not locate a “headless woman ‘, but it was a bug in the application, caused by the rapid movement of the woman who created the cause to come out badly photographed. 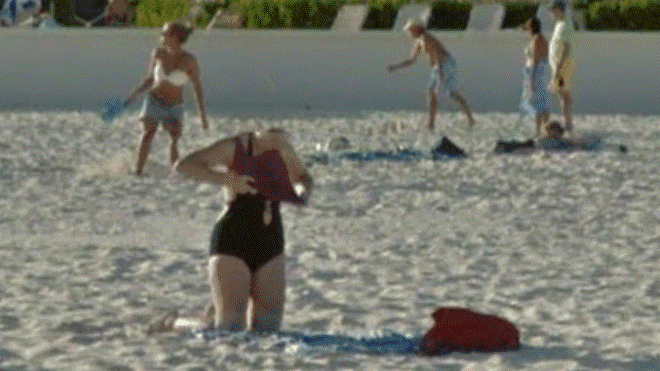 Just like this example there are many in Google Maps, some examples are men without legs, arms, head, among other bugs caused by the speed of Google’s vehicle or because people were not photographed correctly.